IWT privately finances, owns, designs, constructs and operates waste processing facilities incorporating the Thermoselect technology. Each facility is designed to efficiently and cost-effectively serve our clients. Within this section, you will find details on both operating and proposed Thermoselect facilities. Learn more below…

To put the potential merits of the Thermoselect process to the test, a 110-ton per day demonstration facility was constructed in Fondotoce, Italy. Research was performed by a variety of universities, technical institutes, and independent laboratories. After detailed government testing and an extensive monitoring program, the facility began operation in 1992  and received its commercial license in 1994.

After finalizing the development and optimization of the technology, Thermoselect decommissioned the facility in1999.

SOUTHEASTERN MASSACHUSETTS PROJECT
IWT is in the early stages of development of a waste to ethanol project similar in size and scope to the Hesperia, California project.

MAJOR TECHNOLOGIES FOR BOTH PROJECTS:

MAJOR TEAM MEMBERS FOR BOTH 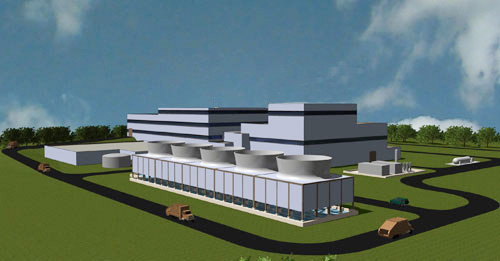